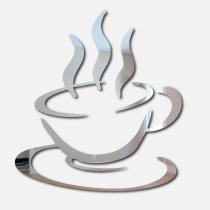 It was brief. Maybe longer than what many consider brief, but a short stay nonetheless. You dropped in for a coffee. Or maybe I stopped by for coffee.

Talking and laughing. Sharing moments and inside jokes. Making others wonder just what is going on. Does he like her? Does she like him? Do they know the other likes them?

Seems it was all fun and games until you really had a conversation. Not the usual banter but it was disguised as such for the outside world to see. Discussing things that you manage to reveal information about yourself to the other, yet to the outsiders, just banal chit-chat.

Maybe some really perceptive person would have figured out what was going on, but chances were slim. You were just bullshitting with another friend. Nothing special. Yet, deep down you both are still trying to figure a way to say what you want to say openly. No more code, no more secrets. Would it ever be easy to say, “hey, this is how I feel about you.” And be okay with saying it. No shame and no regret. If the response was less than hoped for, you still walk away feeling good you said it.

A cup of coffee. That is what you both stopped in for. Maybe it will extend to a meal and then several meals, but for now it is just coffee. Or maybe a drink.