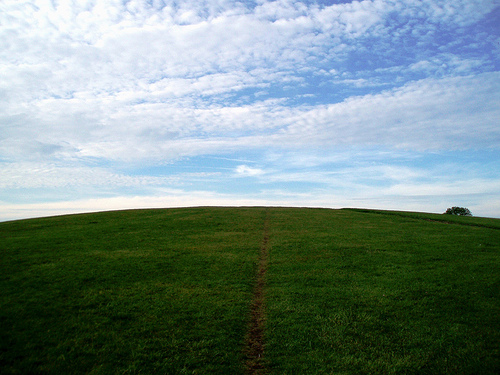 I don’t ever set out to be a troublemaker because I have no reason to do so. However, last Saturday, I seem to have put myself in that position. It was my first group run with CARA for the summer marathon training program. I was pretty excited about it because this year I plan to finish the Chicago Marathon and hopefully get myself that much closer to ultimate running goal.

In any event, things were not bad to start. My pace group leader is a hugger, but that is ok. Even though I am not one, I felt prepared for the incoming hug when we met so I wasn’t in a foul mood to start the run. The group is pretty big and already I could tell from our second water stop of the day that there might be some people who will drive me bonkers. There is the lady who I would flat out call a jogger because when we stop, she will jog in place. Why people do that is beyond me because it really doesn’t do anything beneficial that I can see. I guess that some people think they cannot start again after a stop, but really, you’ll start again.

Then there are those people who can’t quite figure out that running two by two really means people are running two across. There were a few strays who wanted to wander off and spread the group out on the lakefront path. Not a good idea considering that just about every group that does marathon training has begun and the path will be busy from 6 am forward. There is also a person in the group who runs with headphones. I suppose this isn’t too bad, except that the person had the music up so loud that even with both earbuds in and me not wearing earbuds, I could hear the music clearly.

That was totally amusing considering before we started, the site coordinators talked about not running with headphones on the path in our group runs. Believe me, I understand running with music, but it seems super rude to do it when running with a group. Isn’t the point of a group to be around others and not need the stimulation of music?

In any event, the group is on the novice plan while I am on the intermediate plan. I know some people think I should be on the novice, but after discussing it with my trainer (who is a runner and knows me quite well), I am doing the intermediate because I can handle it and I will get through the process injury-free. So the group run was only six miles, but I had eight to run according to my plan. Those I would have to do after we finished our six miles and took care of some administrative items.

And this is when things got to be “interesting” to say the least. As we were nearing roughly 0.60 miles remaining in our run, one of the veterans in the group said we had to run Cricket Hill to finish our run. For those not familiar with the Lakefront path in Chicago, Cricket Hill is near Montrose Avenue and is really the only hill in the City of Chicago. Since it was toward the end of the run and I still had two more miles to do, I was not planning to run it. Our pace leader said sure we could run it. Then there was proclamations that everyone would run it. When I said I am not running it, there were then protestations from others that I “have to do it. It is so good for you, you need to run it.” I said, no, I’ve run it before and I have two more miles to run today. You’d think that would have been the end of things, but you’d be wrong.

The vet who suggested it said then continued to try and persuade me to run Cricket Hill by saying that I am going to run it and for me to pretend she was my Jillian Michaels motivating me to do more. That was totally the wrong thing to say because 1) I hate Jillian Michaels and 2) one thing I do not lack is motivation to do stuff. So, I said “if that bitch was here, I’d punch her repeatedly in the face,” and then there were some “ok then” comments from others. I thought that would get folks to shut up regarding me not doing the hill. Then I had to say, “I’m running eight miles today so no,” which finally seemed to shut folks up. By this time, we had gotten to the point of doing the hill and I ran around it while everyone else ran the hill.

Needless to say, I was quite annoyed because I know myself and to have someone telling me what I need / should do when it conflicts is beyond annoying. If it was someone pushing me because I wasn’t pushing me, then that is a different story. But when those people who are pushing are injured, that is further irritation to me when I already have a plan for my run that day.

The vet did come up to me toward the end of the run to apologize which I said no big deal about because I was trying to not cause a problem on day one. But appears that was already done. There were also people checking to see if I was ok. Some in just the general sense and others I think because of the confrontation of me saying I wasn’t running that hill.

This might be a trying 17 upcoming weeks for me to run. Every week I am going to be on my own for a vast majority of my miles because I am doing a different distance. And now I am more determined than ever to get faster so that if I am doing a different program like I am now, there will at least be more people who are with me. That seems to be the problem with being on the slow end of things. People think you aren’t as fit or can handle things when you can. Just because I am slow doesn’t mean I don’t have a solid base to do it.

On the plus side, this experience has further planted seeds for me to start working on another plan that has been in the back of my mind for a little bit thanks to some people at the gym. . .