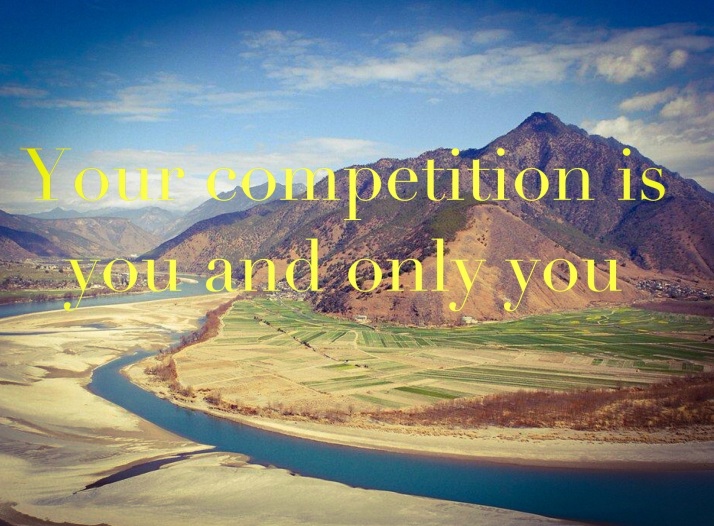 Now that I have officially gotten back on the workout band wagon, I’ve been mixing it ever so slightly. I’m still taking my usual classes, but lately, I’ve been trying to get to more TRX classes. Aside from it being a different workout, I do have another reason for taking it, which I will explain another day.

Anyway, one of the first times I took this class, I was working so hard that I actually got to a puke-worthy status. Yes, puke-worthy. As in, as we were getting closer to being finished, I wanted to throw up. The instructor for the class is pretty tough. So tough that you don’t realize it until maybe afterward when you realize you’re sore from a workout that seemed easy but really wasn’t.

That *might* have been a bad thing to say to someone like me. I have come to realize that I am highly competitive. And I enjoy pushing myself to see how far I can go. In classes I take, if there is an option to make something harder, I generally do it. Sometimes I do it just because and often that is inadvertent. So if someone says I should do something that might be difficult, of course I will take them up on that offer.

So back to that class. I went recently and it was easier for me to do the workout. But I’m sure it didn’t appear that way. All because of how close I live to the gym. What??? Yes, living too close to the gym sometimes causes issues for early morning workouts.

When you live across the street from your gym, in addition to being super convenient so as not to have excuses not to go, it can also leave you going to things at the very last-minute. In my case this week, sleep was winning in the battle of things to do. Being able to sleep until the very last-minute is nice. But sometimes, it causes me to not get up with enough time to be fully ready before a workout.

And thus my appearance of class being far tougher than it actually was. I slept as late as possible causing myself to rush out of my house. In my haste to go do something, I forgot my music (because I had planned to do a run afterward) and I didn’t eat. I could have grabbed a banana on the way out the door, but forgot. At least I remembered to grab a water bottle. Most days I can get away with not eating before a workout, but I should have known better before that class. I was due for a rest day and had noticed from previous days workouts that I was getting tired and needed to slow down.

However, sometimes, I’m not the best as doing that with myself. So I plowed ahead in class up until a point. I did notice that my heart rate was much higher than it should have been and before I got too close to the passing out point, I just stopped. Or I should say I just sat down in the back of the room and chilled out. There was only a little bit of the class left before I did this, but I’m certain it was still “alarming” to the instructor since there was the “you’re class nearly made me puke” conversation.

Anyway, now I feel like it is a competition to keep doing this class and prove that yes I can handle it because I CAN and to prove to the instructor that I cannot be defeated and really the class is not that hard for me to do. Because I know had I eaten before class, I would have rocked that class. Next time, I will and who knows how much more difficult I will make an already difficult class.