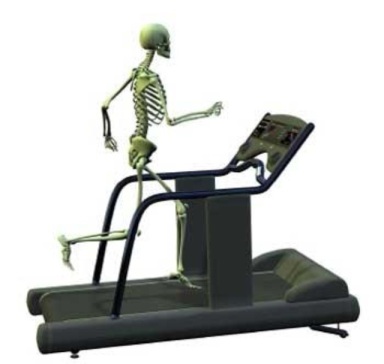 what I occasionally feel like when running on the treadmill

No one likes the treadmill. It goes nowhere and there is no pretty scenery (unless you happen to have it positioned in view of beautiful eye candy.) And let’s be real: running on it feels like pure torture.

But on a day like today where the high in many places is barely five degrees, it can be useful. Especially when there are wind advisories and frostbite can occur within 30 minutes. Admittedly, I am not the biggest fan of the treadmill. Give me the road ANY day. But slowly, I have come to appreciate what I like to call the gerbilmill.

Running on the gerbilmill is a bit of a way to get away from other runners. I’m not sure what it is about me, but when I am outside running, too many times I have other runners coming up and touching me. It’s just. . . weird when it happens. Usually it is a “good job” type of pat or something, but why someone feels compelled to touch a stranger is beyond me. It isn’t the type of touch to alert me that another person is running close by and needs to pass me. That I can deal with. It’s the “feel a need to reassure yourself so you reach out and touch a stranger” stuff that creeps me out. Suffice it to say, if you’re a stranger, it is best to not disturb other runners.

A polite nod or smile is great. But physical touch is just . . . ew. With the treadmill, the chances of that are nil. Most of the time, you aren’t really running next to anyone unless it gets busy. At least that is how it is at my gym where everyone just naturally goes every other treadmill until that is no longer an option.

You can’t slow down unless you mess with the speed. If you run outside and just don’t feel like going a certain pace, you can slow down relatively easily. Sure, you can do that on a treadmill too, but you have to make a tiny bit more effort in that you need to adjust the speed. This is also a reason the treadmill is a better piece of cardio equipment than the elliptical at the gym. With the elliptical, the speed is what you decide it will be on each step. The belt on the treadmill just keeps going until you make a conscious effort to change it. I’ve found the whole slowing down thing to be beneficial as I try to build speed and maintain that speed when I’m outside. So far, it has worked quite well.

While not perfect, it can work as a great hill when you live in the flatlands. I live in Chicago. It is super flat here. There is a giant mound of dirt near Montrose beach that might qualify as a hill, but actual elevation changes here are nonexistent. If you ever run a race where there are hills, simulating them at least even a little is helpful. The gerbilmill won’t truly give you the idea of what it really feels like to run up and down hills, but at least you get a tiny bit of an idea.

Finally, it can work as a speed substitute when you don’t have a track handy. I end up doing this when it is just too dark or icy outside. With the ability to specify what speed I want instead of just trying to figure out while outdoors, I have a pretty good idea of it.

2 thoughts on “Appreciating the Treadmill”