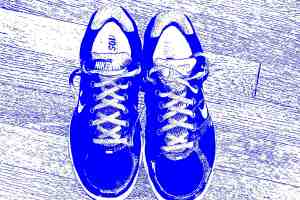 When I was talking to my trainer last week about when I was going to start training again and what was coming up next, the number of races that I had done for the year came up. At the beginning of the year, I knew it was a double-digit number. However, it turns out it is closer to 20 than it is 10. In fact on the calendar were 16 races and still time to add a few more.

So  much for being done with racing today as I did a 10K that started and ended at Navy Pier. It was the third year of this particular race and I have done it every year. The race wasn’t too bad. I was on track to take about four minutes off my best 10K time, but it just wasn’t meant to be today. I’m actually ok with that. Especially considering that if I am honest with myself, I have really slacked since the marathon.

I’ve gone to spin class a few times, but running has been nonexistent. The only running I have done has been a Friday night run and the two 10K races. Not running has been both good and bad. Good in that I knew I needed to take a break. Bad in that I haven’t been really working out so I feel like I have put on about 10 pounds since October 13th. That of course isn’t true, but it just feels that way.

However, I think I am ready to really get back to running and start reverse tapering so that I am back to regularly running. I miss putting in the miles and I do need to work on getting faster. To that end, I have an 8K in a couple of weeks and then I will start my racing all over again with a New Year’s Day 5K that I’ve been doing for the last few years. And who knows, maybe before December 31, I will find yet another race to do. I have already been tempted into running a 5K with a friend.

My Tweets
Join 892 other subscribers